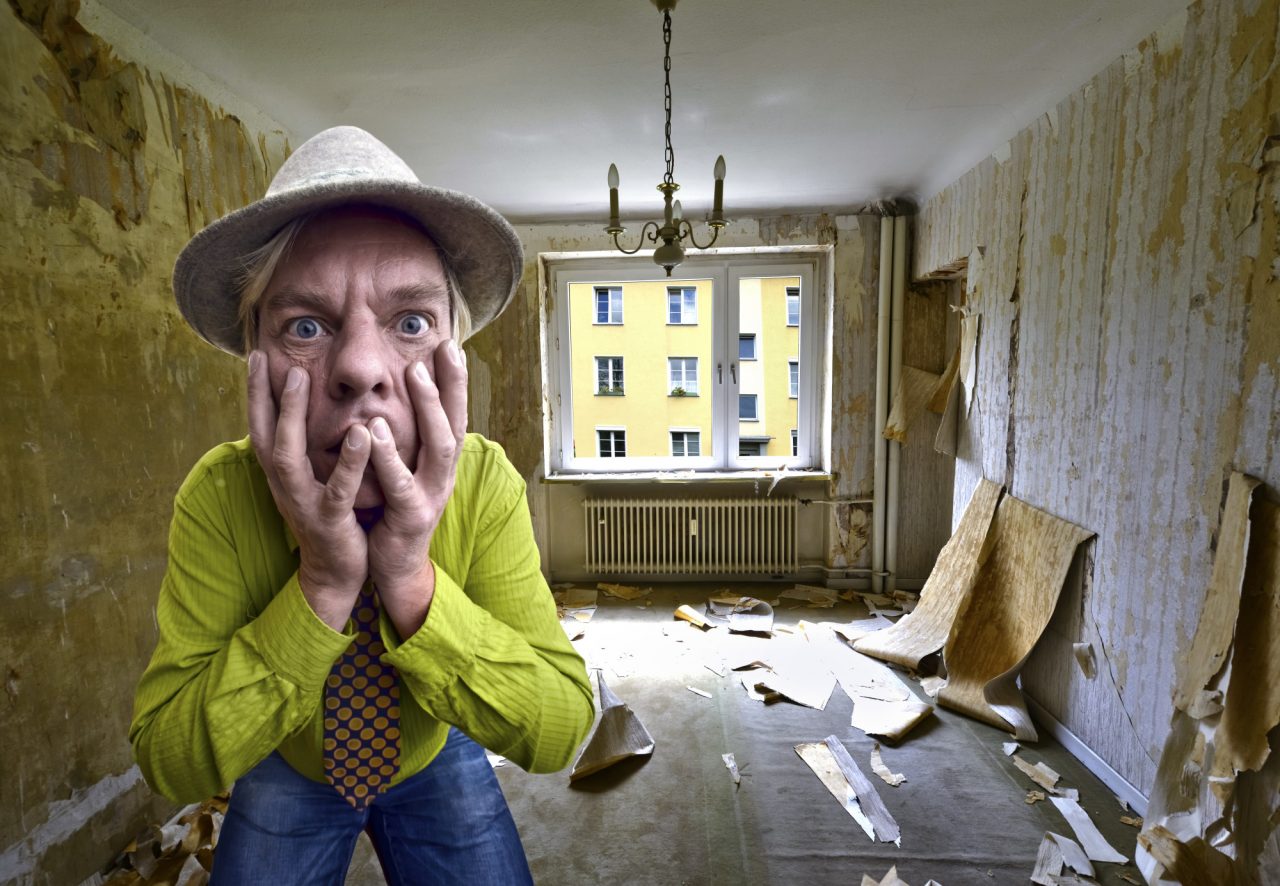 Shockingly, as many as 28% of tenant applicants have some kind of criminal record. As such, it’s hardly surprising that more and more landlords are enduring the inevitable fall out that comes with doing business with nightmare tenants.

Needless to say, the need for property management has never been greater. Don’t believe us? Let’s dive into these horrific first-hand accounts from landlords just like yourself…

Before we delve into these shocking testimonies, we should quickly cover what property management actually is–and how it could help you to avoid the fates of the landlords below.

In short, a property management company directly handles tenants on your behalf. As such, you don’t have to waste your precious time and energy with the following tasks:

As such, this should give you the peace of mind that the following horror stories won’t affect you…

This tenant decided to dislodge the kitchen island and heave it into the garden. They placed it by the pool because they wanted an ‘outdoor serving area’!

One tenant decided to push loads of marbles down the drain because the sink was blocked. They believed this would help ‘push the clog out’.

Unfortunately, this caused the clog to go deeper into the city line. As such, contractors had to come and deal with the situation which was now impacting the whole building (as many as 30 units)!

3. They Sold Our Stuff

This tenant decided to rip out the hardwood trim (that was over a century old!) which left considerable damage to the walls. They then sold off these materials for their own profit.

The same is true of the central air unit, they dislodged that and again sold it for their own gain.

After these offenses, they tried to leave town to avoid having their wages docked to pay for the damage!

Sadly, this man’s appalling behavior led to his eviction.

In response to his eviction notice, he decided to rip sections of drywall to insert fish into the walls. He then proceeded to patch things up and leave the place to stink.

Consequently, no-one knew where the smell was coming from. This went on for months.

They commissioned the property for numerous deep cleans. Eventually, they realized the stank was coming from the walls!

Unfortunately, this particular person left their condo and forgot to close their window during the winter time. This caused the water pipe located in the ceiling to freeze.

Needless to say, the pipes cracked. Not only did this cause a leak, but it also triggered the whole ceiling to come tumbling down!

One landlord took on an elderly couple as tenants. They stopped paying their rent, and because of their age and their excuses, the landlord let things slide for a while.

After months of leniency, the landlord came after their wages. Apparently, one of the tenants was an employee of Coca-Cola. However, when the landlord contacted the company, they said they’d never heard of him.

This prompted the landlord to conduct a more extensive background check. They found the couple to be convicted drug dealers!

This situation escalated, and they had to go to court. When the couple walked in, they’d completely changed their appearance. The woman who was usually smartly dressed (complete with acrylic nails)–looked like a frail old lady.

Similarly, the man came in with a walker–which he didn’t need! The couple went onto say that the landlord never fixed anything and that he was trying to take advantage of vulnerable old people.

Luckily, the landlord could produce receipts to prove he invested in all the necessary maintenance tasks and property repairs.

Some landlords receive ridiculous complaints that are ultimately out of their control. Here are just a few of hundreds of queries raised by tenants which to most of us seem laughable:

How crazy is that?!

One landlord received a concerning text message saying, “Our building’s on fire.” The landlord obviously came over quickly and sees to their dismay that the property was indeed up in flames.

Apparently, one of the tenants was angry about the increase in rent. Consequently, he got a trashcan, dumped a load of paper towels in it and set it alight.

Luckily, no one was hurt, and all the pets were rescued. However, most of the units in the apartment block were utterly gutted. This led to the property being condemned.

Fortunately, the Red Cross shelled out for hotel rooms until the landlord could figure something out.

As for the disgruntled tenant, he was subsequently arrested and sectioned after having his day in court.

Have these stories of nightmare tenants prompted you to consider the benefits of property management services? Luckily for you, One Touch Property Management has got you covered!

Please feel free to reach out and contact us about our services. We’d love to help you with this. Speak soon!